10 Things to Know about the Forever GI Bill

You are here: Home / Military Blog / Education / 10 Things to Know about the Forever GI Bill

10 Things to Know about the Forever GI Bill 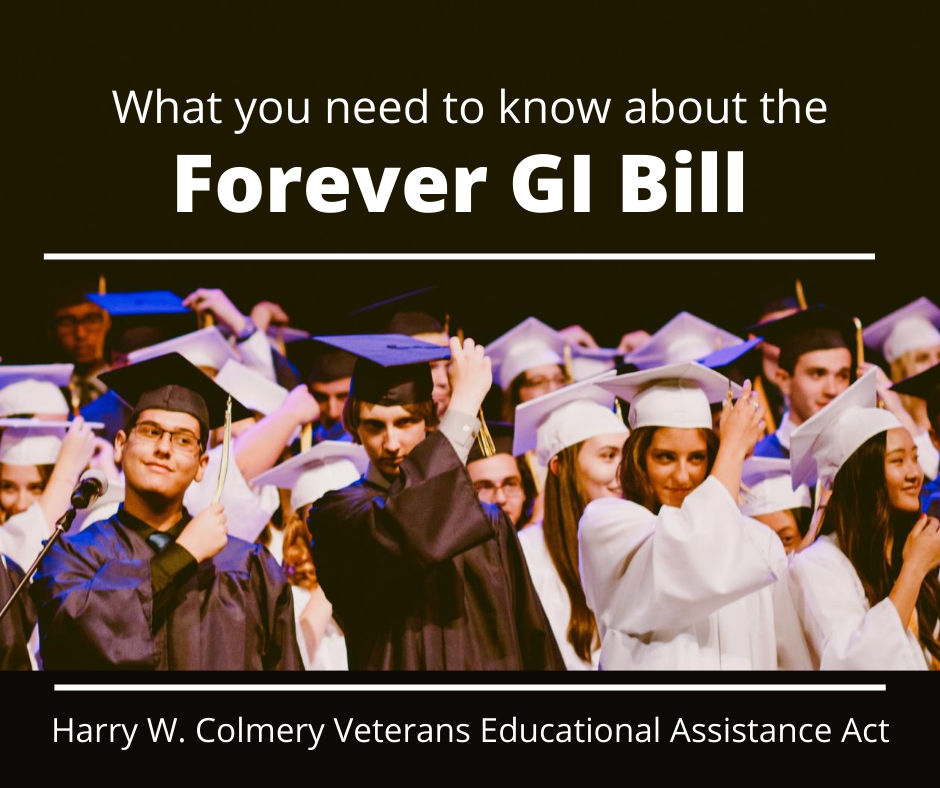 August 16th marked the third anniversary of the signing into law of the Harry W. Colmery Veterans Educational Assistance Act, aka the “Forever GI Bill”. This new and improved version of the GI Bill makes educational benefits more accessible to service members, veterans and their families. The act also eliminated the 15-year time limit tied to the Post-9/11 GI Bill earning its moniker as the Forever GI Bill.

The original GI Bill was signed into law in 1944 by then-President Franklin D. Roosevelt and named after American Legion National Commander Harry W. Colmery, a champion for veteran’s benefits. Over the years, the GI Bill has gone through a lot of changes, but at its core, it provides educational benefits to qualified members and their spouses by helping with tuition and fees, money for housing and money for books and other educational supplies.

The new and improved bill contained 34 provisions, many of which enhanced and expanded the educational benefits for veteran students. To this date 33 of the 34 provisions have been implemented.

Here’s 10 Things to Know about the Forever GI Bill:

1.  The amount of benefits service members are entitled to depend on how long they have  served. The Forever GI Bill increases the benefit level, based on time in service. Here are the new benefit amounts:

2. There is no longer  an expiration date of 15 years on benefits for those who left active duty on or after January 1, 2013. This also applies to spouses receiving educational benefits through the Fry Scholarship for family members of servicemembers killed in the line of duty since September 10, 2001.

3.  Purple Heart recipients, who received their award on or after September 11, 2001, now receive 100% of the benefits offered under the Post 9/11 GI Bill.Previously they were kept to the same “time in service” qualifications as all other service members.

4.  More people are eligible for the Yellow Ribbon Program, a voluntary agreement between schools and the U.S. Department of Veterans Affairs to split school costs that are not covered by the GI Bill, reducing or eliminating the amount students must pay themselves. The Forever GI Bill expanded eligibility for this program to surviving spouses or children of service members in August 2018 and will do so for children or spouses active-duty service members in August 2022. Previously, only veterans eligible for GI Bill benefits at the 100 percent level or their dependents using transferred benefits were eligible for Yellow Ribbon.

5.  The Forever GI Bill established a pilot program to allow those pursuing a degree in a STEM related field the opportunity to complete their program, often taking 5 years versus the traditional 4year degree program, to receive funds for an additional 9 months on a first come-first served basis. Qualifying individuals need to have already used all of their current GI Bill benefits and must have completed at least 60 to 90 credit hours towards their degree. This scholarship may also be used to complete a teaching certificate after receiving a degree in a qualifying STEM related program.

6.  The new bill includes a provision to restore the benefits to those affected by the closure of their schoolsThis provision will retroactively apply to GI Bill users whose schools have abruptly closed since January 2015, for credits earned at the shuttered institutions that did not transfer to new schools. This will include the thousands of veteran students who were attending the national for-profit chains Corinthian Colleges and ITT Technical Institute when they closed in 2015 and 2016, respectively. It would also provide a semester’s worth of reimbursement for GI Bill users affected by future school closures, as well as up to four months of a housing stipend.

7.  As of August 2020, this bill changed the way the VA uses time in service to calculate eligibility. Previously, service members with at least 90 days but less than six months of active-duty service would be eligible for up to 40 percent of the full GI Bill benefits. Under new regulations, the same 90-days-to-six-month window is equal to 50 percent of benefits. Service members with at least six months and less than 18 months of service will be eligible for 60 percent of benefits.

8.  Members of the National Guard and Reserve will be able to count time spent receiving medical care or recovering from injuries received while on active duty toward their GI Bill eligibility. This will apply to all who have been activated since 9/11.The Forever GI Bill also allows individuals who lost their Reserve Educational Assistance Program when the program ended in 2015 to credit their previous service toward their eligibility for the Post-9/11 GI Bill.

9.  Under the Forever GI Bill, monthly payments of DEA benefits increased by 50%, but the maximum number of months beneficiaries have to get benefits will decrease from 45 to 36 months. DEA benefits provide aid to the children and spouses of qualifying disabled veterans.

10.  The Forever GI bill provides 30 million dollars in funding to upgrade technology at the Veterans Benefits Administration. This funding will let them complete their rules-based processing system for claims, and the department will provide training requirements to school certifying officers that process the paperwork.

Veteran’s today owe their educational benefits to one man, Harry W. Colmery. Colmery is widely considered the principal architect of the GI Bill. He was a Kansas attorney and served as a pilot during World War I. Because of his experiences leaving the service with little help in planning for his future, Colmery vowed to help World War II veterans make the transition to a successful future. Today’s veterans have a brighter and better supported future and transition thanks to his work and dedication and to those who’ve contributed since. 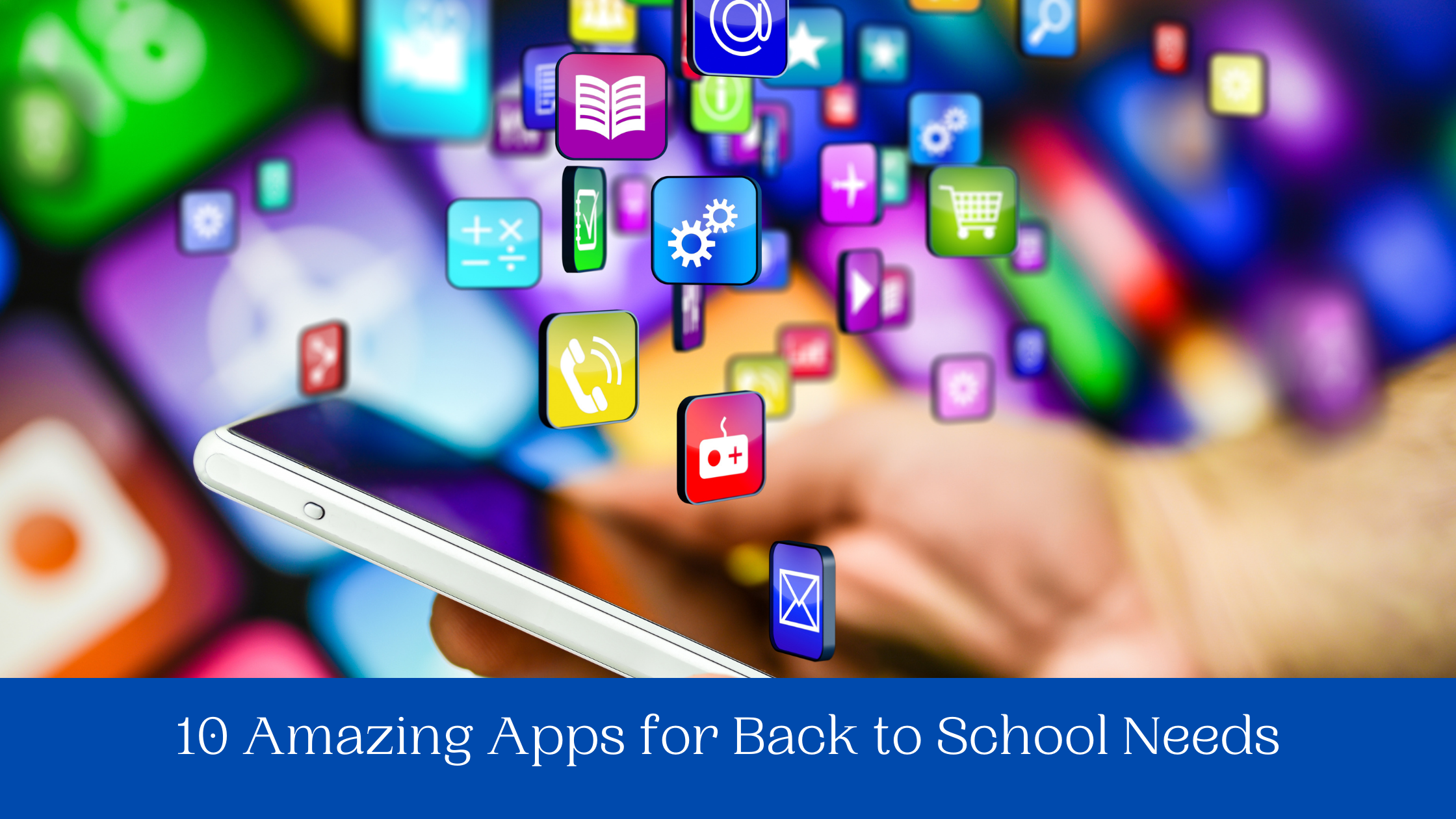 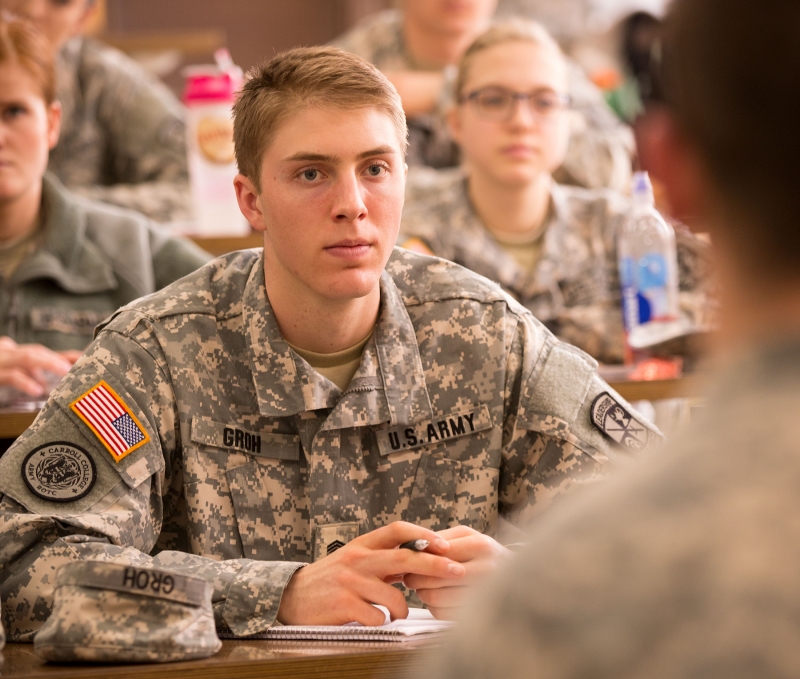