Military Blog
You are here: Home / Setting Yourself Up For Success As Your Military Duty Comes To An Ultimate... 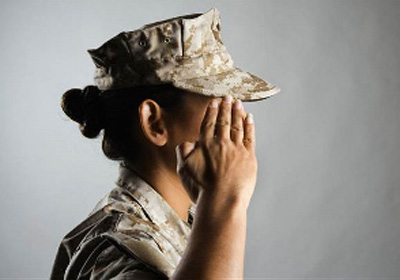 There are many active service military members that cannot wait until they complete their
military service to go back to civilian life. The truth is that not all military personnel
appropriately plans and takes a course of action to allow themselves to adjust in a variety of
ways of being a civilian. These actions can be everything from saving up money instead of
splurging during each time you are on extended leave. Start practicing good habits like that of
good personal finance habits, healthy physical activity, a focus on mental health, and learning
new skills will pay off over time. The following are tips for those in the military that want to set
themselves up for success even if they are years away from the end of their military career.

The trap that many young military members make is going crazy in terms of spending money
each time they have a few days or extended leave. This does not mean that you cannot have fun
while on leave but going out every single night can get expensive quickly. The last thing that you
want to do is to spend the majority of your time at home hungover when you could be getting
things done. Looking for jobs during this time can be a good idea or even setting up interviews
can be a huge opportunity. Interviewing well takes practice so getting in and doing well in an
interview can be a perfect practice run for your after-discharge job search. The opportunity to go
to college without incurring debt, free healthcare for life, and the ability to purchase a home due
to your service in the military would be a waste not to do these comfortably in terms of finances
if you have the chance.

Start Freelancing During Your Time Off From Military Related Activities

Freelancing during and after your time in the military is fine as long as it does not interfere with
your duties. Earning extra income monthly can be perfect to allow you to start saving for civilian
life. These freelance gigs can range in pay as well as difficulty with web developers or freelance
writers making healthy amounts. Jobs that might take less skill like a virtual assistant will pay
less but can be a perfect way to start a freelance career. The best aspect of working with clients
for an extended period is that many companies will hire freelancers full-time. Being able to
generate income after discharge while setting your own schedule can allow you to find the job of
your dreams instead of accepting a subpar job to pay for your life.

Finding that job that will allow you to thrive after you are discharged will take initiative. You
will be put on a certain path whether it is to be a welder, electrician, mechanic, or work with
computers in some capacity. All of these skills can help you find a job so it is important to take
pride in your work rather than simply do high enough quality of work so you avoid reprimand
from a superior. Private security jobs can be very profitable as a side gig for former military
wanting to supplement their income on weekends. Truspec.com which provides tactical gear that
is up to military specifications notes “Part of working private security details is looking the part
which adds a sense of comfort to those that have hired the detail.”

Creating a plan can allow for a person that might be flustered during their first few weeks or
months after their honorable discharge. This should include a proposed budget that keeps in
mind the money that you will have saved up by this time. Taking on a job that you might think is
below you can be done simply to keep yourself above water financially. Setting a schedule even
before you have gotten a job is essential as finding a healthy source of employment is a full-time
job in today’s world. There are times when a veteran after discharge doesn’t have a plan or even
an idea of where they will settle down. Drifting will drain that financial nest egg you have built
up so try to write out the direction that you want your life to take after your discharge.
Lessons like consistent effort and routine learned in the military have taught military personnel
that they can accomplish nearly anything with focused work. Finding a routine that makes you
happy, allows you to manage your stress in a healthy manner, keeps you professionally engaged,
and everything in between might take time. Figure out a portion of your life at a time as trying to
figure it all out at once can be overwhelming for almost anyone.